What is CBC or Cannabichromene and What are the Benefits of this Cannabinoid? 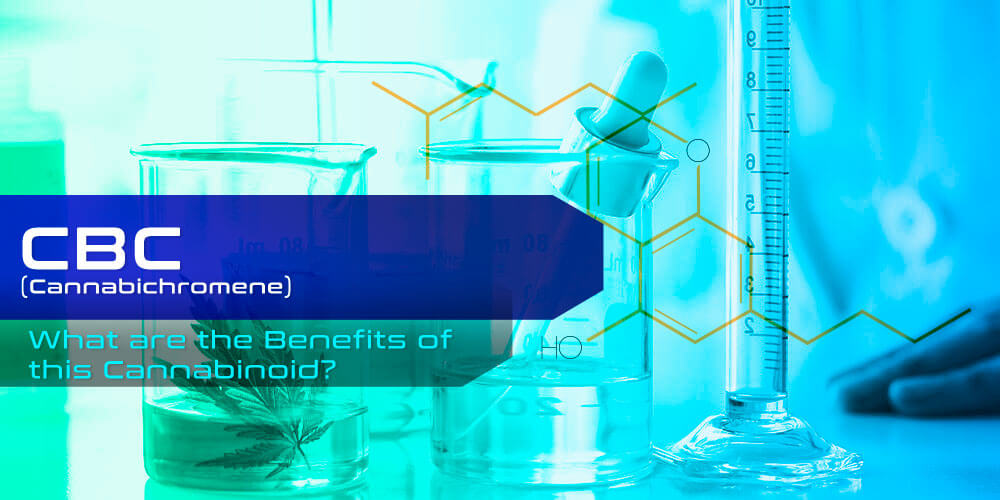 Cannabichromene, or better known as CBC, is a cannabinoid present in the hemp plant and is considered one of the six major cannabinoids highlighted in medical research. Unlike THC (Tetrahydrocannabinol) and similarly to CBD, CBC is non-intoxicating and non-psychoactive. CBC offers various benefits against pain and is a promising solution to fight cancer, due to its natural interaction with the endocannabinoid system of the body and exerts a direct antiproliferative effect on tumors of different origin. Studies in mice showed that cannabinoids could be effective in inhibiting recent inflammation and tumor growth. With the possibility of CBC to shrink tumors being recently discovered, even CBC can be as effective as CBG (Cannabigerol) in its potency to attack cancerous tumors.

CBC as an aid against acne:
There are different forms of cannabichromene available on the market including CBC cream, CBC extract and CBC oil, along with the naturally occurring CBC in marijuana. In particular, CBC cream has been used in the creation of various products for acne treatment for its anti-inflammatory qualities that can soothe the sebaceous glands of the skin.

CBC as an antidepressant:
CBC along with other cannabinoids that can contribute to the general mood-enhancing properties of hemp, other than THC, help fight depression by activating pathways in the brain. The therapeutic promises of CBC are significant and requires further research to determine its power on its own, as well as with other cannabinoids that work together to achieve an entourage effect.

CBC as an analgesic:
CBC combats pain by interacting with various targets involved in pain control at the spinal level. Cannabichromene reduces pain, although it is not as strong as THC. CBC contributes to the general pain-relieving effects of hemp. CBC is not psychoactive, so scientists are hopeful that these hemp compounds can be used to treat pain without the hallucinogenic effects of THC.

CBC favors the brain:
Cannabichromene appears to stimulate the viability of developing brain cells by assisting brain growth in the process of neurogenesis.

CBC as an antimicrobial and antiviral:
CBC fights bacteria and fungi by exhibiting strong antibacterial effects on a variety of gram-positive, gram-negative, and acid-resistant bacteria. CBC also shows mild to moderate activity against different types of fungi. In addition to this, CBC can influence the antiviral effects of hemp.

In conclusion, CBC is a cannabinoid that promises great advancement in treatments against various diseases and against pain through hemp. As more studies and regulations carry out, this will allow the extraction industry to develop new products derived from CBC.

Work will progress towards laws and education to explore all the properties of these cannabinoids and the medicinal alternatives they offer. The hemp extraction industry will continue to boom with sustained growth year after year, due to the high demands for hemp oil and with various targeted cannabinoids.

California-based engineering and technology company, ENTEXS, researches and develops extraction equipment for the hemp and cbd industries. ENTEXS offers various throughputs for their extraction systems with patented high technology that maximizes the yield and quality of oil.

Contact our sales team to learn more information regarding customized hemp and cbd extraction systems or preview our catalog of systems and modules available via our website.

Contact our sales team for more information on custom cbd and hemp extraction systems, state-of-the-art thc remediation systems or preview our catalog of systems and modules available through our website. 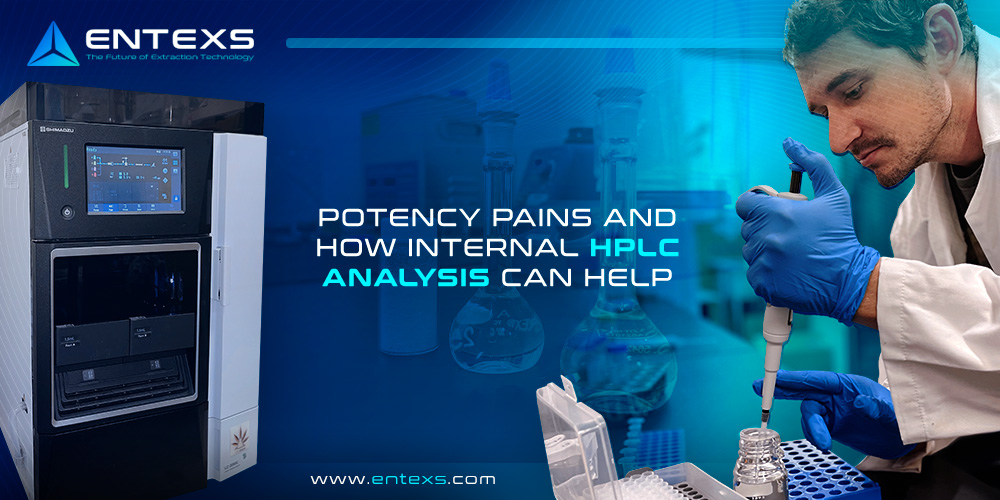 Potency pains and how internal HPLC analysis can help 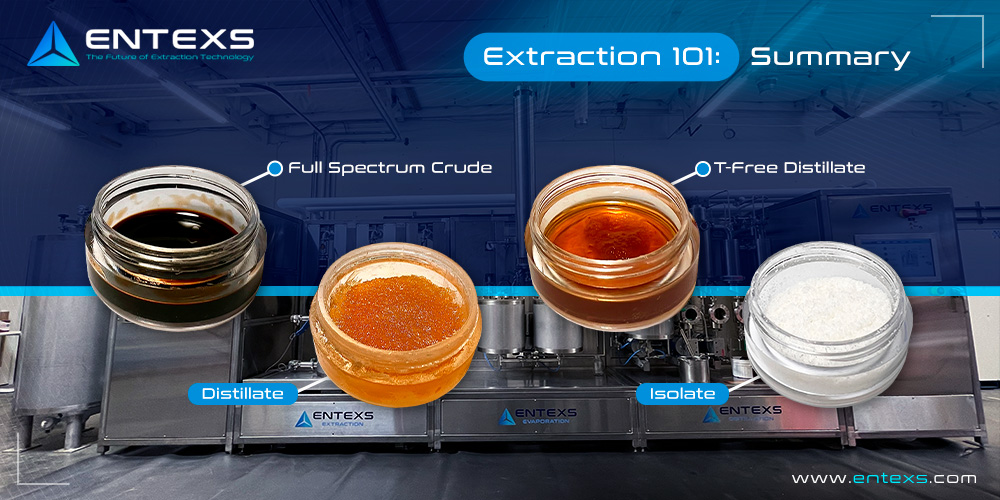 Extraction 101: What is CBD Isolate? 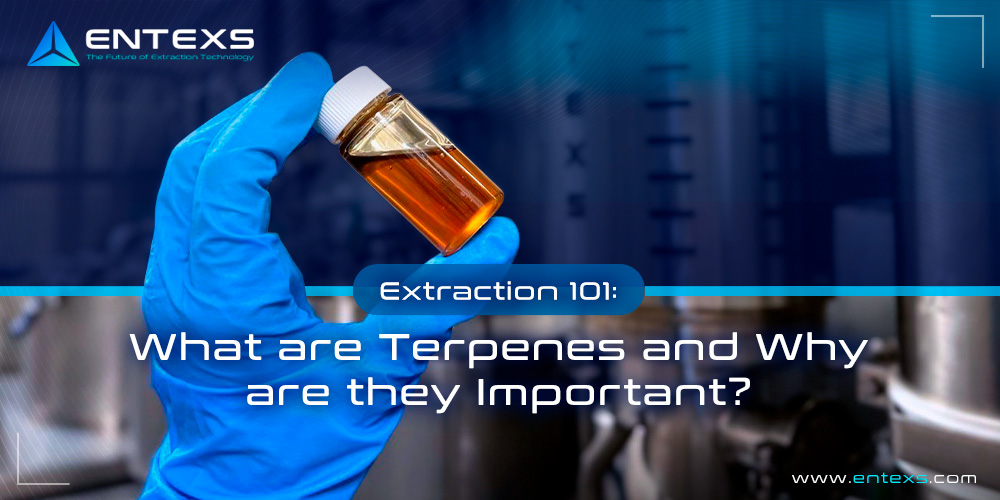 Extraction 101: What are Terpenes and Why are they Important? 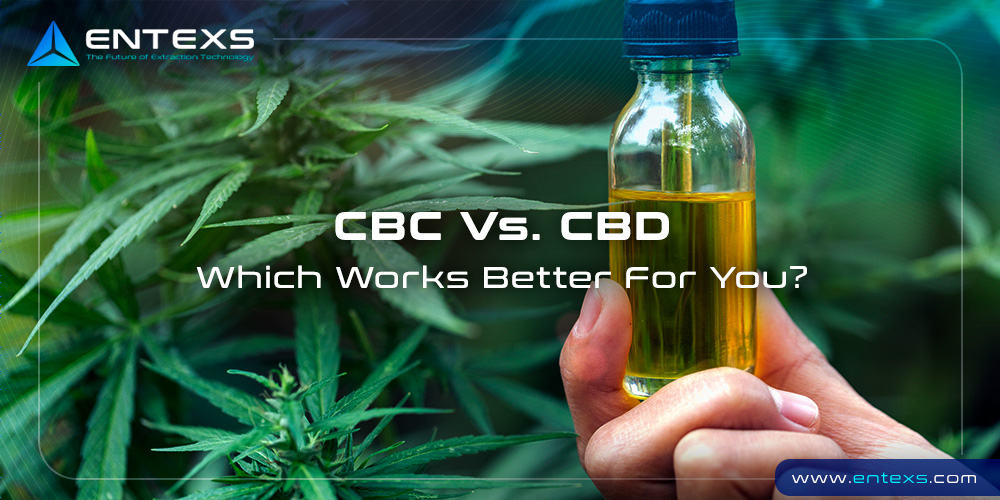 CBC Vs CBD: Which Works Better For You?

Extraction 101: What is the Difference Between Full-Spectrum and Broad-Spectrum CBD Oil

CONTACT Contact our sales team to learn more information regarding customized hemp and cbd extraction systems or preview our catalog of systems and modules available via our website.

The ENTEXS team has years of experience in the design and implementation of automated ethanol extraction systems.

ENTEXS Corporation  |  The Future of Extraction Technology  |  All rights reserved © 2021